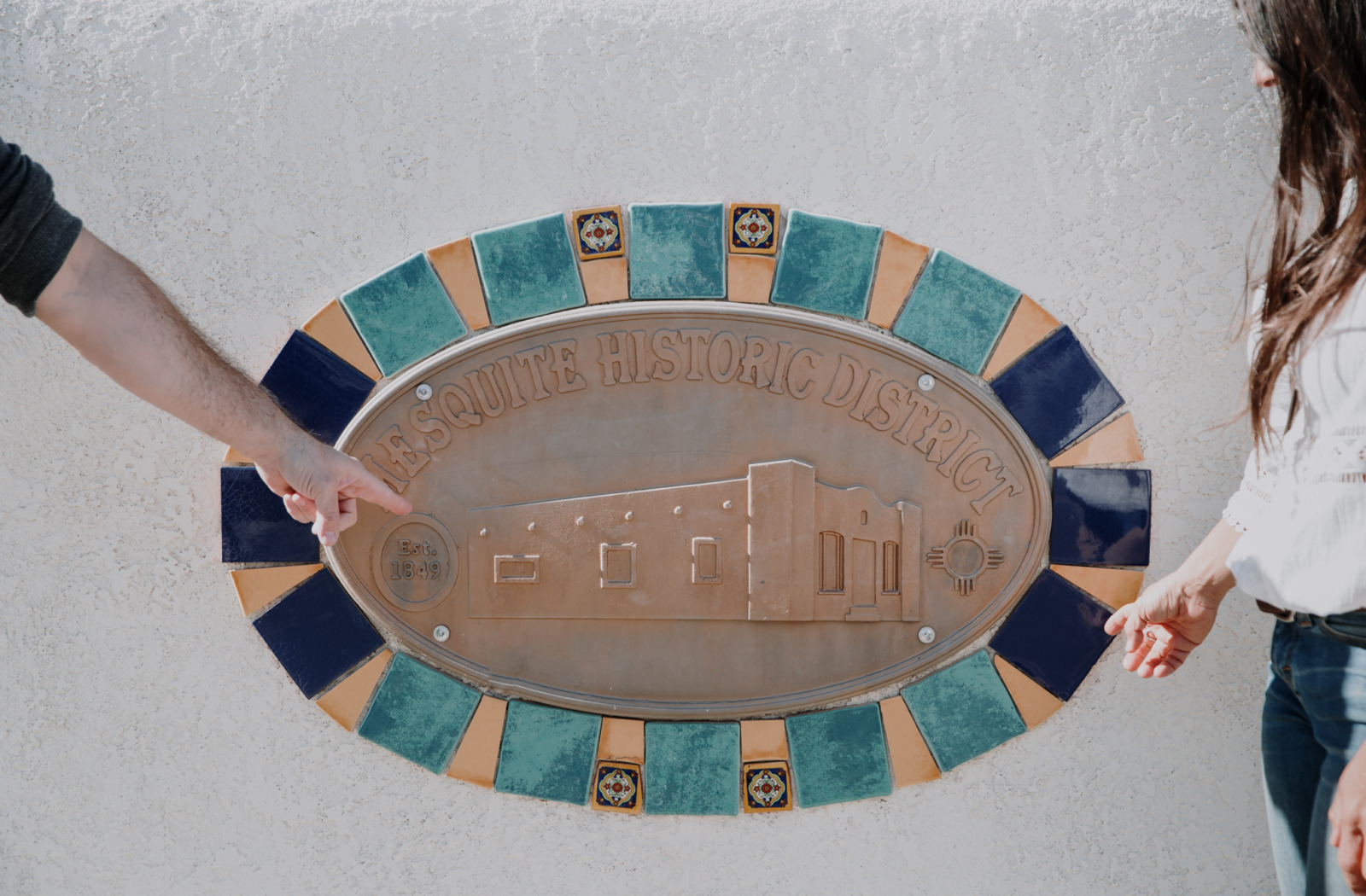 New Mexico’s heritage runs deep in the original entrada of Las Cruces. It begin in the early 1600’s with a cultural mix of Manso Indians in the Mesilla Valley; Piro Indians in the Rio Grande area; Tiwas from the North;  Apaches in the mountains; and the Spanish and Mexicans from the South.  Known as the Mesquite Street Historic District, this multi-cultural rich land began in 1849 when a visionary man, Alcade (mayor) Don Pablo Melendres of Dona Ana wanted to alleviate the overcrowding of his city and requested a new townsite—Las Cruces.  Immerse you “soles” in the diversity of ethnic and cultural history by walking the original back roads of the town on the historic El Camino Real Trading Route, currently Mesquite Street. Meet the locals and artists at Beck’s Coffee, take in the calico doorways of the1800’s adobe architecture, wall murals, art, and the iconic prickly pear of the southern region. We weave our way to Downtown Main Street for gift shops, museums, book and comic-book stores, and end at the Little Toad Creek Brewery and Distillery that first started in Silver City.

Experience the colorful town of Old Mesilla, with cobblestone streets, which was originally a Mexican territory until the US and Mexico signed the legendary Treaty of Guadalupe Hidalgo in 1848. Explore the plaza that has many of the original buildings built in the 1850’s. Two battles were fought in the town during the Civil War. It served as the capital of the Confederate Territory of Arizona in 1861-52 and was recaptured by the Confederate Volunteers of the California Column. Many of the soldiers settled after the war and married the local Mexican women creating many of the pioneer families that produced noted merchants, farmers, educators, and politicians. During the “Wild West” area it attracted historical figures like Billy the Kid, Pat Garrett and Pancho Villa.  Finish the wanderings with a local splash of spice at the iconic La Posta de Mesilla known for its largest selection of tequila and some 20 margaritas including the decadently crafted Chile ‘Rita or the Mesilla Valley Cucumber Jalapeño Margarita. La Posta was a stop of the legendary Butterfield Stage Coach Line and is on the trading route of El Camino Real de Tierra Adentro, the 1,500 mile trail from the interior Mexico to New Mexico.

Most visitors to New Mexico fly into Albuquerque and proceed Northward through the popular Santa Fe – Taos circuit, but little do they know how much they miss in the Southern realms of the state! A trip South from Albuquerque rewards travelers with less-trodden natural splendors, hot springs, and undulating fields of white sands. Heritage Inspirations has been wanting to lead a trip South to Las Cruces and White Sands with a few honorable stops along the way, and we believe we’ve finally nailed down a route that highlights what makes Southern New Mexico so travel worthy while also pairing the sites with nourishing wellness activities. If you’re an outdoor lover with a penchant for restorative body movement in strikingly rugged desert surroundings, then this tour is for you. Take in White Sands under full moon glow, stretch your body and restore your mind with yoga and healing waters, while you explore the treasure trove of the Tularosa Basin’s outdoor opportunities.